A program of community-engaged research conducted by a multidisciplinary team of UOW researchers built the organisational capacity of local Aboriginal community organisations, changed practices that enhance their effectiveness and sustainability as service providers, and fostered regional, national and international collaboration and networks. The economic, social, and policy impacts of the research contributed to achieving the longer term goals of greater social participation and inclusion for Aboriginal people within Australia’s social and economic fabric. This case study draws from a selection of interconnected research projects focused on regional Aboriginal communities and undertaken within the impact period.

Details of the Impact

The impact period coincided with a period in which Australian Governments failed to effectively invest in the Closing the Gap strategy, so enthusiastically embraced in 2007. Aboriginal organisations across Australia have subsequently struggled to sustain the meaningful culturally based health and social services which they provide to their client base, many of whom are marginalised, disempowered and disconnected from ‘mainstream’ society in urban-regional areas such as the Illawarra. This case study is based on four intersecting community-based projects – Evaluation of Two Community Sector Projects (Project A); Aboriginal Chronic Disease Care Pathways (Project B); NIRAKN (Project C); and Caring for Community (Project D). Developed by a multi-disciplinary team (Illawarra Aboriginal Health Research partnership), they demonstrate:

Our research contributed to changing practices and enhanced effectiveness of local Aboriginal community-controlled organisations, as evidenced by improved visibility of local organisations, the use of evaluation reports to demonstrate the effectiveness of Aboriginal programs and the development of web sites that utilise our research findings [1]. For example, working with the Coomaditchie United Aboriginal Corporation (CUAC), on Project A, we recognised the need to articulate how their community hub addressed the needs of marginalised Aboriginal people reluctant to use mainstream services. Using a collaborative evaluation approach we co-designed a program logic model and provided ‘thick description’ of the hub, along with service use statistics [2]. Testimonial evidence from the organisation attested the reports were ‘comprehensive, detailed and informative…with useful analyses and figures’. This research helped the organisation in obtaining ongoing funding for their programs, including cultural, educational and environmental projects; and key findings were included in its newly developed website.

Increasing the availability of new knowledge

We utilised innovative ways of disseminating new knowledge. For example, in Project B we identified multiple audiences and used research formats likely to be read by our target audiences. The Illawarra Shoalhaven Local Health District (ISLHD), which commissioned the research, produced and distributed three versions of the report to Aboriginal community research participants [6] and health service staff [4][5]. In addition, the report recommended frontline hospital staff receive specific training in cross-cultural communication.

UOW research contributed to policy and procedural organisational change by informing evidence-based policy-making. Project B provided new and relevant research findings about Aboriginal people’s experience of chronic disease care services, which informed the ISLHD’s Aboriginal Health Partnership Committee agenda. For example, the report recommended a review of the Aboriginal Hospital Liaison Officer (AHLO) position, which ISLHD then revised. The report also recommended the development of stronger pathways for cardiac rehabilitation. The ISLHD then collaborated with the research team to submit a successful EOI to the NSW Ministry of Health for a Translational Research Grant to develop an outreach, family-centred model of cardiac rehabilitation for Aboriginal people.

For Project D we undertook a social network analysis that resulted in a visualisation of the relationships between Aboriginal community organisations, specifically the Illawarra Koori Men’s Support Group (IKMSG), within the broader network of regional service providers.

During these projects we routinely collaborated with local Aboriginal artists to provide visual representations of the research to resonate culturally with Aboriginal people. Artwork was used for websites [7], published reports and as part of oral conference presentations. For Project B we commissioned artists and sisters Lorraine Brown and Narelle Thomas for the painting ‘Dealing with our sickness knowledge – change of life’. In the Caring for Community project, IKMSG member and local Aboriginal Police Liaison Officer, Glen Sutherland represented the IKMSG in the artwork ‘Coming Together’ [7]. These visual representations, the standing of the artists and the titles of the artwork, are meaningful to Aboriginal people and add value to the research findings beyond what can be called evidence.

There were also conceptual and attitudinal impacts about the role and value of Aboriginal participation in research. The long history of Indigenous distrust of academic research must be acknowledged in work with Aboriginal communities, to allow space for collaborative and decolonising models of research that aim to re-dress these fears and hostility. UOW worked towards this by changing power differentials, and ensuring research benefit sat in the hands of community collaborators. For example, negotiated research agreements with the Illawarra Koori Men’s Support Group (IKMSG) was both an output and impact of Project D, and is something we now adopt in our research practices more generally. This has led to the development of a trusted network of researchers and organisations committed to working together to improve the health and wellbeing of Aboriginal people in the region. 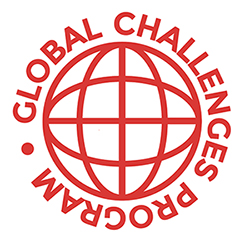 Summary of the approaches to impact

Across Australia, there is meagre research infrastructure to support rigorous Aboriginal and Torres Strait Islander research. In response, NIRAKN was established in 2013 as a national, inclusive, multidisciplinary hub committed to promoting Indigenous-led research, establishing a regenerative undergraduate to postgraduate pipeline of new researchers, and connecting Indigenous researchers across disciplines, nationally and internationally. As a collaborating university, UOW committed to supporting NIRAKN for the period 2013-16, contributing a higher degree research (HDR) scholarship and an annual contribution of $15k to support Indigenous research staff and students to participate in NIRAKN events.

Our approach to Aboriginal research is to build Aboriginal capacity for research leadership, to recognise and enhance the capacity of our local Aboriginal people and workforce, and to seek opportunities for collaboration and partnerships with the University. Project A, for example, recognised the importance of understanding how the capacity of local leadership of organisations could be enhanced to address social inclusion.

Project D was facilitated through collaborative research that brought together a multidisciplinary team of Aboriginal and non-Aboriginal researchers with strong Aboriginal community partnerships, and national and international research networks. This study was led by two Aboriginal researchers and included researchers from the Faculties of Science, Medicine and Health, Social Sciences and Business. It involved cross-disciplinary research activity across AHSRI, the Illawarra Health and Medical Research Institute, and the Early Start Institute. The project drew upon, and extended, the program of Aboriginal community engaged research and program evaluations undertaken in the Illawarra region initiated ten years earlier.

We implement effective models of engagement between university researchers and Indigenous communities, based on the emerging international literature on Indigenous research methodologies. We draw from many sources, including: learnings from professional networks such as NIRAKN; experiences of working in partnership in our local communities (via membership of groups such as the Illawarra Aboriginal Community Based Working Group, and the Social Health and Wellbeing Cluster Group), and from our own cultural and familial ties.

We operationalise and promote the use of ethical guidelines which have been developed for research with Aboriginal and Torres Strait Islander Communities. We draw from research experience with Aboriginal communities, membership and provision of advice to University and Aboriginal research and ethics committees.

Our Indigenous led research has also become a hub for other Indigenous projects, where non-Indigenous researchers can draw from the knowledge of the Indigenous research team and in doing so create new networks. An example is the health and well-being related research carried out by Associate Professor Kate Senior in the Ngukurr community of the Northern Territory. We have been able to link with this project and the key local researchers from Ngukurr, Including Ngukurr Elder Daphne Daniels in order to share knowledge and discuss the sensitivities of research.

Our approach to impact also involves learning from the experiences of others. In 2016, an Education Strategies Development Fund (ESDF) grant funded a project involving embedding training and capacity building for Indigenous HDR students into the UOW research environment. This project introduces a platform of innovative practices to the HDR environment that will enable UOW to recruit, support and reward high-quality Indigenous PhD students.  By developing guidelines to embed training and capacity building for Indigenous PhD students at UOW, the project assists us to develop a systemic, integrated approach and infrastructure to support Indigenous students. Our efforts over the past few years have led to the development of a strong cohort of Indigenous HDR students, who receive peer support, mentoring from senior Indigenous staff, and support from the Woolyungah Indigenous Centre. The University also recently appointed an Aboriginal and Torres Strait Islander Postdoctoral Research Fellow to commence in 2018.

Project A: Evaluation of Two Community Sector Development Projects (2012-14): UOW researchers evaluated a capacity-building program at two community development sites in the Illawarra, including one Aboriginal organisation, in order to ascertain how organisational capacity-building could be achieved and contribute to improving sustainability in the face of predicted funding difficulties.

Project B: Aboriginal Chronic Disease Care Pathways (2014-16). UOW researchers qualitatively studied the services and programs available to Aboriginal people with chronic diseases following discharge from hospital and their experiences of those services, to produce evidence that could contribute to the planning and delivery of effective, accessible, acceptable and appropriate services for Aboriginal people within the region.